This is an extract from the information that I posted on the Ubiquiti forums in this topic. I'd like to be very clear that if you choose to run any of the commands on this page, you are doing this at your own risk. Don't proceed unless you're okay with potentially bricking your device without any way to recover.

I recently got a CRM Point (being well aware that it it not supported anymore by Ubiquiti) and started playing around with it. For the uninitiated: the Cloud Key is an ARM-based small computer that can be powered over POE. It uses the MediaTek mtk7623 SOC and has 2GiB of RAM memory. The point of the CRM Key was to install it at customers networks which allows a sysadmin to remotely manage compatible (Ubiquiti airMAX) network equipment. 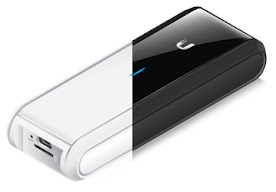 I noticed that the firmware isn't updated that regularly anymore which is sad. Because it has a limited amount of flash memory and any time I run apt-get update && apt-get upgrade -y this fills the read-write partition.
But most packages are so old that installing (for example) an up to date version of Java will take more than half of the available storage. Of course I had purchased this device because I intended to tinker with it. So I did exactly that.

I installed CRM.mtk7623.v0.6.0.a670e69M.170615.0748.bin on it (to my knowledge this is the latest firmware that was released for this hardware) and was happy to see that a clean install leaves 100% of space on the rw-partition. This got me thinking: if I can install the updated packages in the read-only partition this will leave the read-write partition almost empty! Given that the read-only partition is situated at /dev/mmcblk0p6 I started trying some stuff out:
So writing to the read-only partition directly does not seem to be blocked in any way. After a reboot everything still works just fine! But interestingly enough the partition is 1.1GB while the size of the read-only filesystem as reported by df is only 207MB. This means that there is some potential room for additional tools and packages!

First attempt at a 'custom rom'

I extracted the squashfs from /dev/mmvblk0p6 onto /data/, then ran mksquashfs on the squashfs-root folder in /data and then I proceeded to dd the resulting squashfs back to /dev/mmvblk0p6. While the filesystem is mostly fine, somehow my root/ubnt user got borked and I can't log in using ssh :(. I can however log in to the AirControl web UI. My theory is that this was an issue caused by the layer _under_ the rw-overlay changing. Therefore the stuff on top became invalid. Trashing the entire rw-layer fixes that.
How to start modifying your read-only squashfs: At this point you can run apt-get commands as if you are actually "running this system". So this includes adding packages, Fixing /etc/apt/sources.list to also contain jessie-backports, updating existing packages. Just make sure that all of this will still fit in the 1.1GB partition that it will eventually need to squeeze in to. In my case I also removed the aircontrol and postgres packages. Then start your cleanup: From this point on any command you run will likely fail because the rofs was overwritten while mounted. This confuses the system which is understandable. So just pull the power, plug it in again, and attempt to reset the device with a paperclip or something. It should boot up pretty fast and you are now running your custom squashfs image!

So given that I was able to modify my squashfs I started to wonder... What if I could extract the kernel and rootfs from the cloud key firmware update and copy it to the flash of my CRM Point using DD? Would the kernel crash? Would the bootloader do some checksum check on the kernel partition? I didn't know, but I wanted to try. Especially since a lot of people on the forum over the years have said "you can't", "you'll brick it" and things like that. And I am pretty stubborn.
So first I tried to cross-flash the Cloud Key the firmware using ubnt-systool fwupdate but that failed. This is because the tool that checks which product this is probably uses data from one of the partitions that I didn't touch. But that's actually perfect because I wouldn't want an accidental update to brick my hacked cloud key, so I guess this worked out just fine.

So as most people probably already know, embedded devices running linux usually have multiple partitions. In order to do some analysis on firmwares the tool dd is very useful to make backups of partitions so that if you screw up but you can get the device to boot to some kind of recovery you can restore it. So let's take a look at the partitions: As we can see there are quite some partitions. Let's back them all up first.

2. Back up all partitions

This makes a copy of every individual partition on to your SD card (which should be mounted at /data) Next I copied these files from the SD card to my NAS, but of course just putting the SD-card in a SD-card reader is also perfectly fine.

3. Examining the DD-images and the firmware files

For this I used the tool binwalk. This walks through a firmware image and looks for certain signatures that are known to identify certain 'parts' of a firmware image. So first I did this for the latest firmware updates for the UCK and CRM Point: So clearly the first 'segments' are ubiquiti specific. Then at offset 324 we see the declaration of a 7079048 byte image. Given that the read-only filesystem is a lot larger than 7 Megabytes this is probably the kernel. The last entry in the table is the actual squashfs filesystem. And this is where it gets interesting!

So let's assume that the images in the firmware update files are being copied 1:1 to the partitions (so: kernel part goes to mmcblk0p4, rofs goes to mmcblk0p6) and no other security/encryption happens in that process. That would mean that we can test this theory by comparing the kernel partition image we created on the CRM Point to the kernel partition image in the firmware update file. dd if=CRM.mtk7623.v0.6.0.a670e69M.170615.0748.bin skip=324 count=6586704 iflag=count_bytes bs=1 of=extracted_crm_kernel So let's test that theory. So we're copying data starting at offset 324 (where the uImage header starts) and we take image size + header size as the count argument. Comparing the extracted_crm_kernel file to mmcblk0p4.img confirmed my suspicion. The only difference between the two files is that the partition we extracted from the CRM is filled with zero's where the kernel data ends. For obvious reasons the firmware update does not contain all the 0's. We're going to take a wild guess and assume that this is also the case for the data partition:

Earlier in this post thread I showed that using dd to overwrite a partition works just fine, but everything that reads from the partition (especially the overlay one) is screwed up because the underlying data is completely different. Unfortunately swapping a kernel and not the filesystem may also result in a brick. But the kernel and rootfs partitions have a recovery partition in between. Initially I wanted to make a single file that we can write with dd that includes the kernel, recovery and rootfs partitions. But I took a quick peek in mmcblk0p5.img and realised this partition is filled with zeros. This explains why people have no way to recover once they brick this thing :D. So next up: copy extracted_uck_kernel_padded.img on to the sdcard so we can flash it! 6. Flashing This is the part where everything either succeeds, or fails. This is your last chance to choose for safety. If you enter these commands and you brick your device, you are on your own. Neither Ubiquiti nor I can provide support to you if this fails. First off, let's determine where we have to write this file to. Ok, cool. So because we have an image file that spans kernel (32MiB), recovery (32MiB) and rootfs (the rest) we can just tell dd to start writing at offset 2560 until we reach the end of the file. This works because the new rootfs is larger than the previous one. Otherwise it would have been wiser to append some more 00's at the end of our image just to make sure we don't have weird garbage at the end of our actual partition data. So from this point your stick will be a little confused. SSH logins might fail, and that kind of good stuff. For me just a normal paperclip-reset wasn't enough, I had to do a reset from the web interface as well (or SSH... not 100% sure anymore). But after the reset this thing behaves like a UniFi Cloud Key! Enjoy!